Getting Distracted By The Snooker 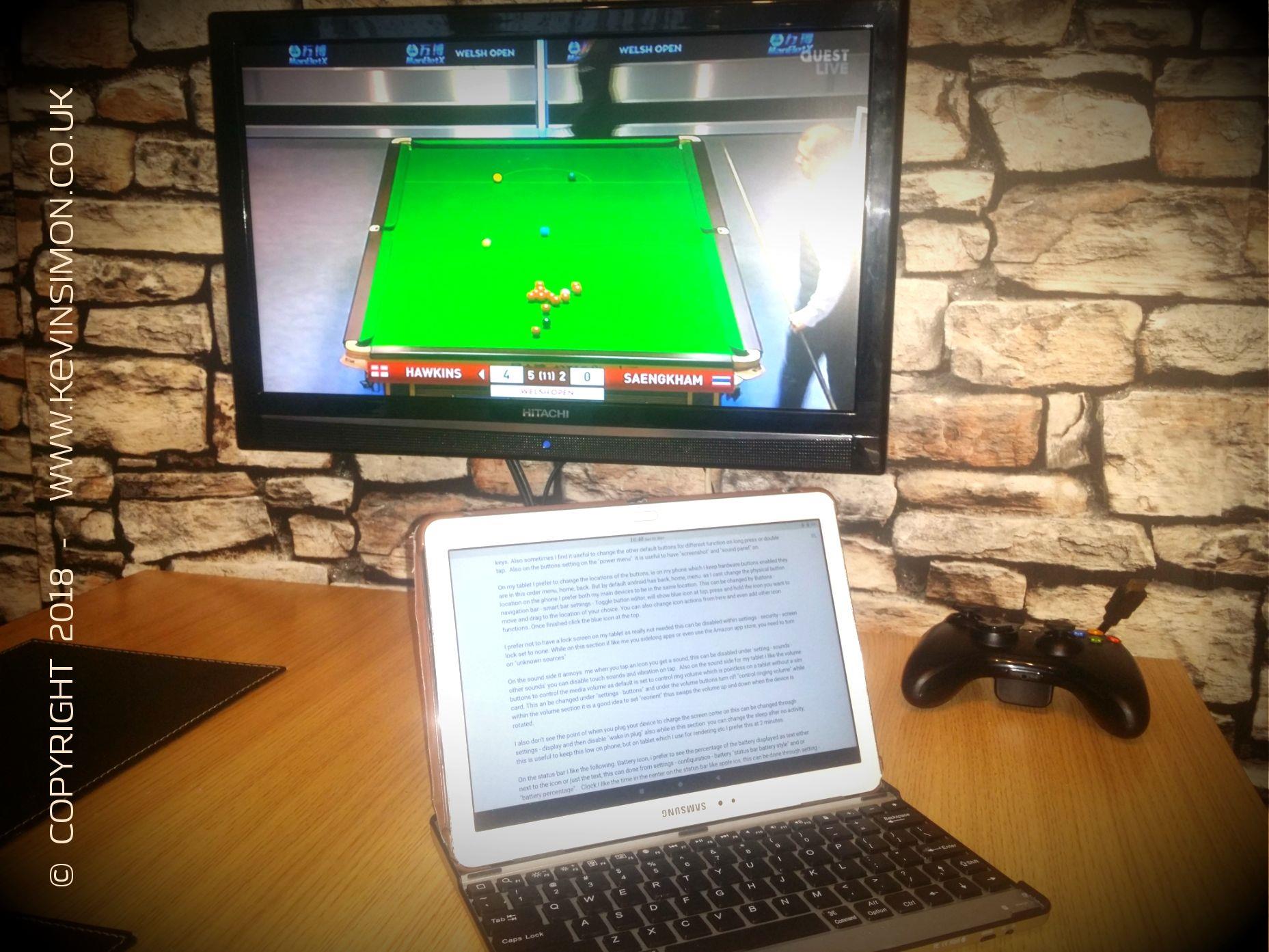 Today as we have a bit of snow outside and it’s cold and we didn’t really need to go out shopping etc. I thought would be a good chance to catch up getting articles wrote for this blog. I have been sitting in our kitchen with the Welsh Open snooker on the TV, mainly for background noise. But unfortunately I have got a bit distracted by watching the semi final match with Barry Hawkins vs Noppon Saengkham. It has been a good match with some good safety play and some long frames. In the end though Barry Hawkins won 6-4, Its the first time I have seen Noppon Saengkham and though he was a good player.

I like watching the snooker, snooker is really the only sport I follow and not onto any other sports at all. Though I’m not one that religiously watch or follow. As I don’t subscribe to any extra TV channels the only times I watch the snooker is when it is on the BBC and now on Quest. Also as the BBC covers more of the main tournaments, you dont see that many of the lower top players, which with the types like the Welsh Open you do get to see some of the lower down players which I think does add to the enjoyment. Also to be honest I have preferred the watching on Quest than the BBC, just the presenters seem more relaxed. And with the match today even for a part the commentary was Ronnie Osuillvan as he went out yesterday against John Higgins. I also like watching snooker as do find it relaxing though the shoot out one frame competitions I’m not that keen on, prefer longer matches.

I used to play a bit of snooker and few years ago got into pool, but unfortunately because of current health problems I can’t play as too much standing for me at the moment as in too much pain.

Though I have been able to finish a good few articles ready to be uploaded totaling over 3000 words, so still has been a bit of a productive day. Though with the other semi final tonight with John Higgins vs Gary Wilson and then the final tomorrow it may be hard to get some full work done 🙂