My Experience Of Having MRI – CT Scan 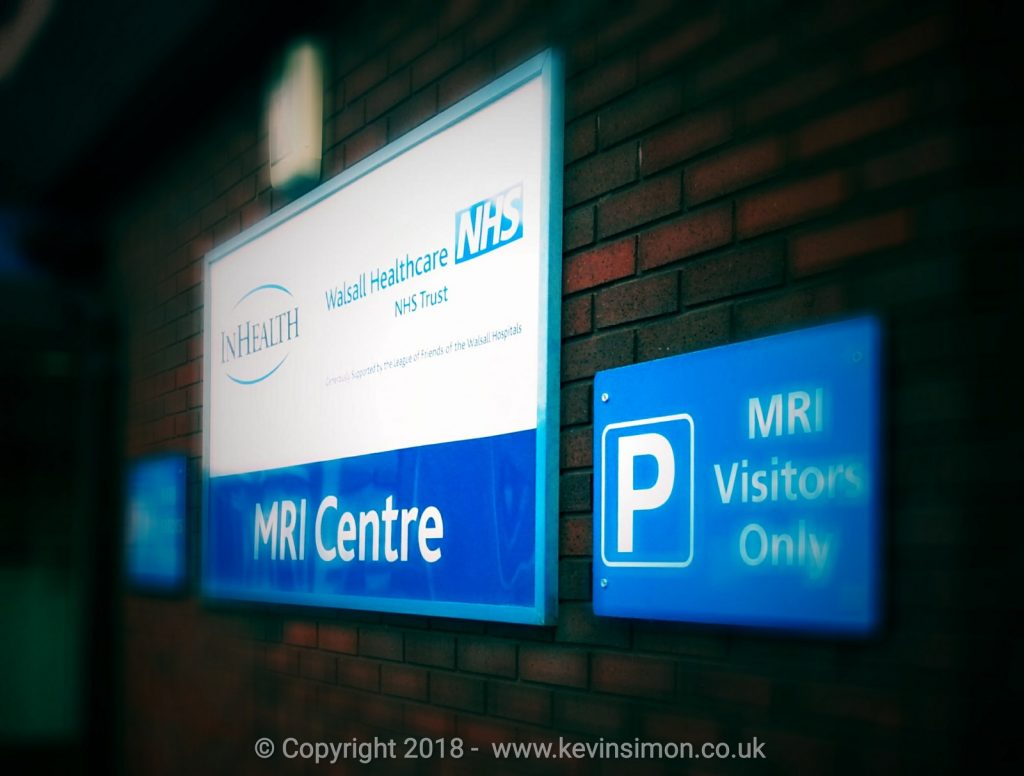 Unfortunately last year I had to undergo a few medical scans for chronic pain and heart condition I’m suffering, which affects me in different ways other than severe constant pain, I have major problems with my mobility especially I’m my legs as they are so weak and I have to walk with a walking stick early all the time when out and about. On this note last year I brought a nice walking stick with a camera mount, Great piece of equipment for having your camera to hand. See my review HERE

The one scan that I was a bit wary of was the MRI scan which most people do get worried about as you are normally enclosed in a small space, which is why I am giving me experience to put other people that may be having one for the first time there mind at rest.

Mine was for the lower back, neck and head. As this was going to be upto 45mins in the MRI, and also being closed in and unable to move I wasn’t really looking forward to it. Well on the day of the scan I was in really bad pain, was having trouble walking, my lower back pain to be honest was bad, which I was having problems getting up and down from sitting even with the help of my stick to get my self up. But once I was able get up and lie down was torriable. The machine is large you lie on a bed that moves into the scanner, which will enclose most if your body. There isn’t that much space once you are inside. I had to have my head in the brace and also had headphones on. The headphones there was some music playing and also could hear the person performing the scan, though really not that clear. Like he said if at any point was too much they could get me out.

One of the things I was worried about was the noise as they are really noisy but to be honest because of the headphones didn’t directly hear the noises. Though you could feel it through your body as felt like you was being bashed around. I don’t suffer from anything like claustrophobia, but did keep my eyes closed, so to not make me see that I’m closed in. My scan was just over 30 mins., as most if the time you are still, I tried to imagine different things to take my mind of being uncomfortable as the main problem for me is the pain of the moving and being still that I was in due to my chronic pain. For me the base / bed had to jive 3 times one in the scanner, you are told that it is going to move. To be honest wasn’t that bad as I though, for me the worst bit was getting up from lying down and standing up, as after that amount off time I was really stiff.

Even though your head is in a brace it didn’t feel uncomfortable at all. The time in the scanner did seem to go quick for me, though just towards the end I started to feel dizzy and my body was started to tense up, though for me that is to do with tablets and the condition I have. But if this would have been a problem could have asked to come out. You do have to be fully undressed with a gown on, also you have to take out any metal piercing, though this didn’t affect me. The whole thing wasn’t as bad as I thought it would be. 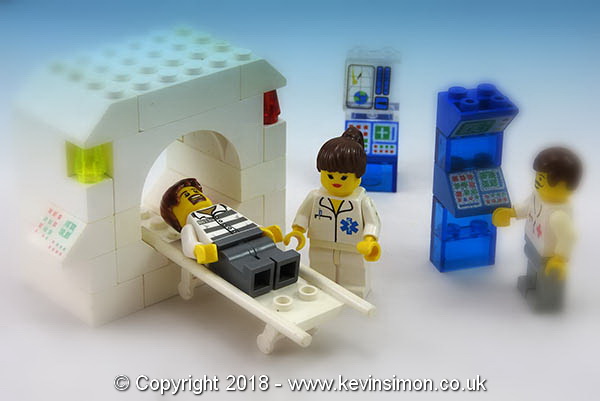 Me in Lego form just about to go into scanner

I have had to have two CT scans one on my abdomen and one of my heart, and even at the time of writing this due for another one of my abdomen in less than two weeks. The ct scanner in simple terms looks like a smaller MRI scanner, as that you lie on a bed and go through the machine, though this isn’t closed in. The CT scanner I would say is only 2 feet thick, so don’t be afraid if scared of confined spaces.

On some scans they have to insert a cannula, this is if you need contrast. This is a dye that is injected, so that will show up the blood flow around the organs that they are scanning, Both of mine so far have been to be with contrast. To be honest this is the most uncountable part as the one for my abdomen, after a few minutes of it being injected it made me feel that I needed a wee. This is normal, but does feel a burning sensation down there, though don’t worry you won’t pee yourself it’s just the sensation. The one for the heart did feel a bit warm around the heart region, but not that bad.

The in the scanner you are not in there that long, mine was max 10 minutes. At the top of the scanner are two light of faces, to let you know when to hold your breath or breath normally. The first time I had one didn’t realise this fully, as there is should be audio to tell you, but I couldn’t hear this fully, and had my eyes closed for the first few minutes, this just to do with my pain as I do close my eyes when sitting or lying down to help me control my pain. The machine is a bit noisy but nothing like the MRI.

You have to have your arms above your head so you can go further into the scanner hole. The first time I felt that would get stuck as felt there wasn’t that much room when looking at it, but wasn’t a problem as there is loads of room.

After having it if you have had the injection of the contrast dye, you have to wait around for 10 minutes to make sure no side effects from the dye, both of mine there as been no problem, Then a nurse takes out the cannula. For this scan only had to take my top of, could keep my trousers on and have a gown over me.

So from my opinion both scans where not as bad as most people think. Let’s put it this way the information the doctor and consultants get from you being bit uncomfortable for a bit is well worth it. Though for me something happen with the results for my lower back which really was the most important part wasn’t that clear, but was still able to get my diagnosis. So really don’t worry about three types of scans and hope anyone reading this that is due for these scans my experience does put your mind at rest.