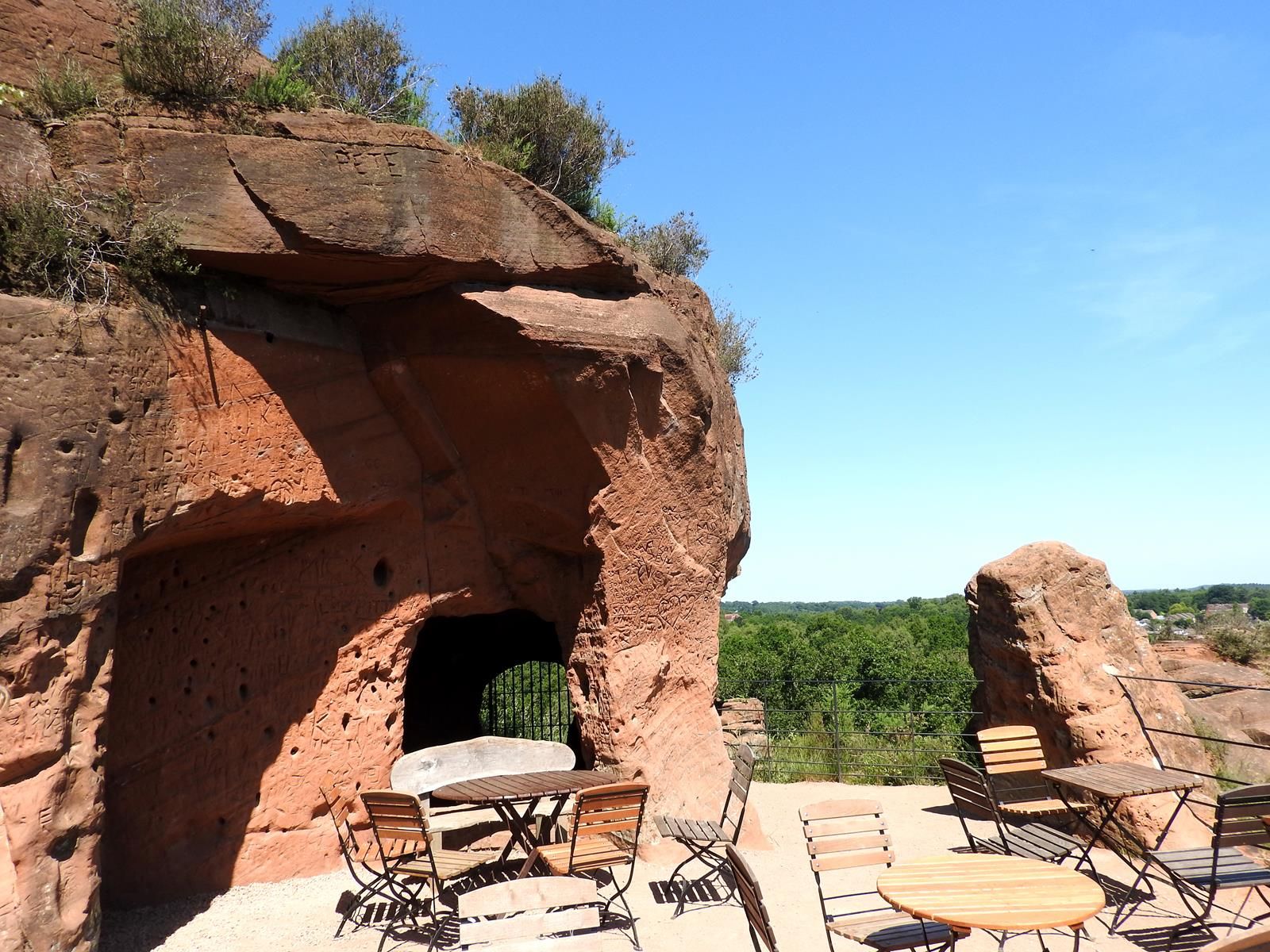 As it was a lovely day Saturday just gone, I said to the missus we had to go out for the day as work has been hectic for me the last few months and needed a proper day out and as we are National Trust members I had a look through I the app to places that we haven’t visited and one was Kinver Edge and the rock houses, so we made a few sandwich and was off.
The main car park is on the side of the road with one of the rock houses in front, it is a short walk up a bit of a hill. The first one that you get to is where you pay, which £5 for adults, £2.50 Children and a family ticket is £12.50 and free for national trust members. The main cave part is very large and even on this hot day with temperatures in the late twenties, inside was lovely and cool. this leads onto two other rooms, one which is set out as a bedroom and the other living area both of which are fully furnished, there are volunteers in there to tell you about the rooms and the houses. In the main living area the open fire was going.

The next rock house has been turned into tea rooms with a nice terrace area. They serve sandwiches, drinks and cakes. By the terrace area there is a empty house which you can see the construction within the rock. It is amazing that all those years ago they could carve these houses out of the sand tone rocks even though sandstone would have been easier to work with, though still would have taken a fair bit of effort.

There are several walks around the site, they range from about half a mile to about 2.5miles, we decided to take the longer one through the heathland. It was a lovely walk as was a nice day, unfortunately for me it was a hard walk as I have a bit of a health problem which means I’m in a bit of pain walking up inclines. Even with this I did enjoy the walk and the views from the top of Kinver Edge were amazing. There are two other empty rock houses on the walk, though we only seen one as must have taken a slightly wrong turn. Thought all the paths lead back to the main site. Stopping at this empty house was a nice break in the walk and again inside was lovely and cool, to have a break for a few mins.

There is a large open space which would be lovely to have a picnic or just relax, most of the walks are through woodland I like walking in places like this, though the missus isn’t so keen, though I was wearing sensible walking trainers she had on open shoes and did hurt her feet a bit, so if you want to walk around the heathland and woodland I would recommend good footwear.

We spent a good few hours around Kinver Edge and rock houses as was a really nice day out even the missus that’s isn’t keen on woodland walks did enjoy it there was a bit of wildlife to see from birds and even when we visited there was grazing cattle.  I  would recommend to all the family, if we are going to be back around that area I would visit again.