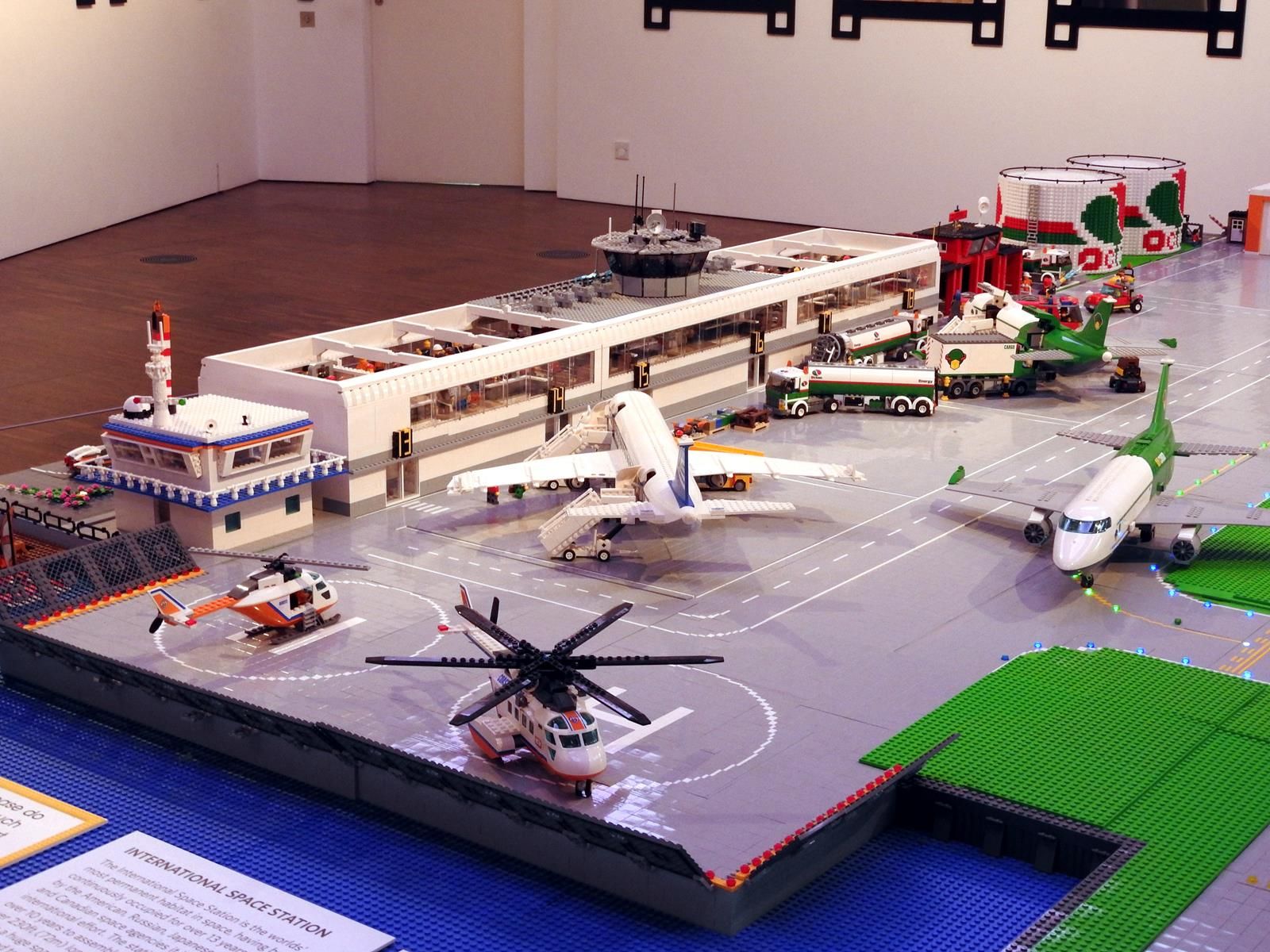 I like Lego as regular readers to this blog would know. I had seen there was a exhibition at Wolverhampton art gallery called brick wonders, which has been on from 7th April 2017 till 4th July. Last week we visited it I only got the missus and daughter to go as said we would have a shopping trip around Wolverhampton city centre.

Entrance price to Brick wonders was £4 Adults £2 Children. this is for access to the three rooms with the model in, though the art gallery and other exhibitions are free.

The First room we went in there was a massive airport setup which was really detailed and did take a good few looks to see all the details within the building and planes, There was three large planes, two helicopters and also a smaller hanger with a biplane. The main terminal had the roof off so you could see fully inside. The runway had other vehicles and the road out the front had a fair few cars. Really an excellent setup. In the room there was also a play area with Lego for children to play with. Hanging from the ceiling there was a model of the International space station (ISS).

The other two rooms had smaller models in glass cases, these included Niagra Falls, Pyramid being built included a view of the tomb, Coluseem, A safari scene, Operating theatre, and loads of other models built with great detail. The other larger model was of London bridge, again like the airport so many details with in the model. There was over 70 models on display.

All the models are from a tour of Warren Elsmore’s second book ‘Brick Wonders’ which was released in May 2014, There was over 70 models on display. Each model I lovely to look at and anyone interested in Lego building will love the exhibition, the missus and daughter liked it but not as much as me as they did expect to see more model, I could have spent a bit longer looking at all the details in each model.

We did also look around the art gallery itself and did find some of the items on display of interest, so was a nice hour out of the day from looking around clothes shops 🙂 Some of the photos I took can be seen below.