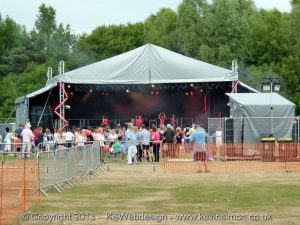 This weekend is the annual Burntwood wakes festival, which was on Friday 19th July with tribute band including Tony barrat, the Beatles’s (Burntwood Beatles tribute band and swede dreams a Abba tribute band, we didn’t go to this as to be honest I forgot about the wakes 2013 festival even though loads of signs around Burntwood. Though we could hear the music from our house in Brownhills and sounded good.

Saturday 20th is the family fun day which starts at 12pm gates open at 11:45, no parking on the rugby club site unless blue badge holder, normal car parking is at the Erasmus Darwin academy ie what used to be chase town highschool just off the spot island at the bottom of chasetown. Thorough the day there is loads of entertainment including M A D team mountain bike ariral display, impact dance group, national festival circus,gamegoer falconry display, 2 step dance academy and live music , then will loads of other attractions inc space hopper grand Prix, craft fayre, art and crag workshops, charity and food stalls. So load going on. As always should be a good day after being cancelled last year.

There is a free bus service going to the rugby club picking up from various stops around Burntwood , also if in Brownhills why not get on the Chase water light railway, from the Brownhills west station there normal charge apply.

On the Saturday night is the wakes proms inc the Staffordshire festival orchestra , Glynn Morgan, and at the end of the night the usual great fireworks display by jubilees fireworks.

On Sunday 21st is the folk concert from 2pm to 6pm though gates open at 1pm the. Band are the Staffordshire men ,the A F T band and sons of professor longhair.

So all in all should be a good weekend will be uploading photos after the family fun day, so check back later

We went to the summer fun, day, we got the train from Brownhills west to the rugby club ( which i have never been on to be honest) the first thing is that two other families in the carriage we was in that wasn’t from the area didn’t know about the wakes festival, ono advertising i could see at the chasewater railway and the person selling the tickets didn’t say, so hopefully if the organizers see this may be worth looking into that for next year for extra revenue.  Normally the fun day part is in  the main field of the rugby club ie the one straight in front of the car park this time was to right, which is normally just the field for the stage for the music events.

There was lots of craft activities and stalls, but didn’t seem as much as in previous years, also in the main arena was only the falconry and gun dog display, there was the savage skills team with the mountain bikes and the small circus the same as previous years, the kids play area is normally large with inflatables this wasn’t here this year, also no rides of any sort.

It was still a good few hours out and you cant complain as free event but does seem a missed opportunity consider the weather, as well as not as much adverts, I hope this is not the wakes going downhill as this is normally good and remember alot of family’s go to the fun day and not the nights music if they have small children.

On a side note

The field the family fun day is usually in there was a large inflatable gorilla, advertising the bushwacked festival on the 9th and 10th of August 2013 with bike’s, beer, bands and camping with kids entertainment, food trade stalls etc, the band that are on are Nuclear Minogue, Question of Angels, The Blims, Jimmy & the houndogs, The Bad Rats and Adam Macguire with more to follow,  in association with the Stephen Sutton sory, with custom bike show. Prices are weekend pass £18 and single day pass £12 see official website for full details www.hairybushbikebuilders.co.uk

This years Burntwood wakes festival is on Sat 19th July 2014 and Sun 20th July 2014, the Saturday is the family funday with the usual displays, craft stalls, Marquis etc. Gates for this free family day normally open at midday.

On Saturday evening is the tribute band night, including The Beatless (local Beatles tribute band) and Swede dreamz (ABBA tribute band). Gates for the evening show will open at 6.30pm. Concert from 7.30pm to 10.15pm with firework finale (weather permitting).  Adults and all unaccompanied children £2.00 payable on the gates.  Children upto 15 yrs accompanied by a adult will be free of charge.

On the Sunday will be the Proms in the park, Parking will be the same as last year. I will add more details when I get them.